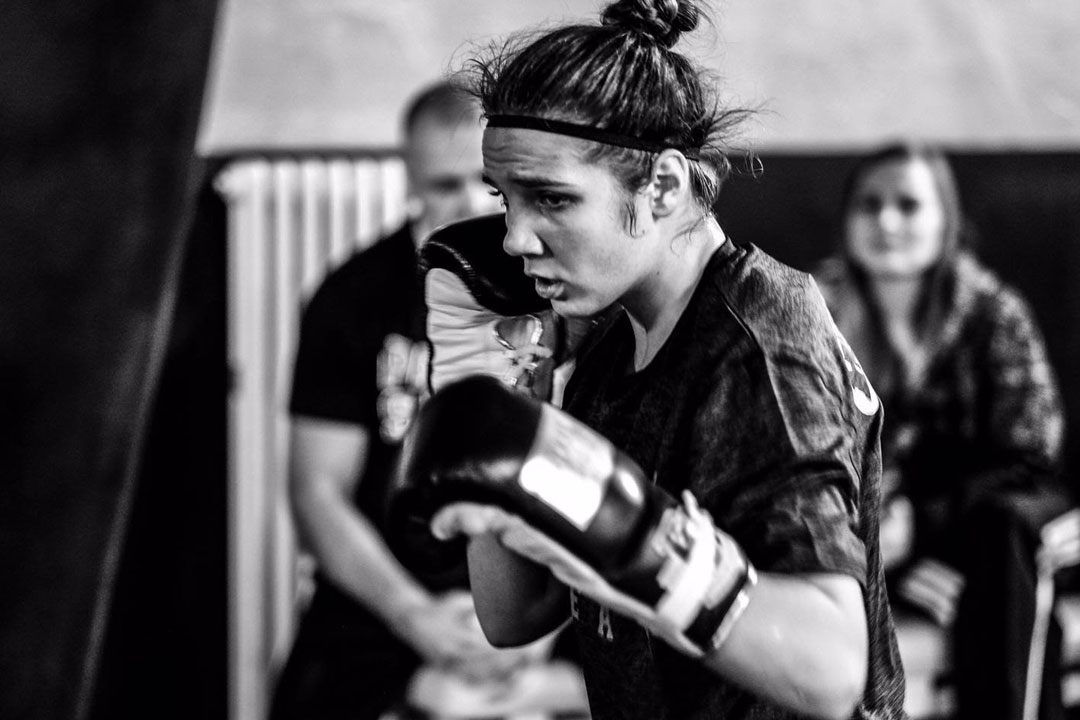 With only 18 years of age Sophie Alisch is our youngest O1NE.Sport athlete. Born on November 8th 2001 in Berlin she spent most of her childhood with her family in the Austrian town of Kitzbühel.

After her return to Berlin Sophie decided to start boxing at age 13.

In her three years as amateur she was able to record the following achievements:

Sophie is the youngest contract fighter in the history of the renowned pro-boxing promotion “Sauerland Event”. In February of 2019 she made her professional debut in Koblenz by stopping Sopo Kintsurashvili in just 52 seconds. Sophie won a total of five fights in 2019. In November she faced former world title challenger Irma Balijagic Adler in her first eight-rounder. Alisch showed a dominant performance and won by unanimous decision. With only 18 years of age she is considered to be Germany’s biggest female boxing talent since Regina Halmich.